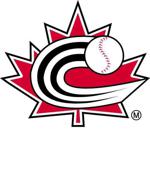 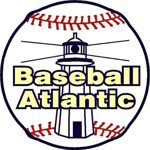 The 2020 PEI Youth Selects, representing Baseball PEI at the 2020 BIGS Seeds Baseball Canada Cup, are going to have some offseason ID sessions between January and April 2020.

In Dartmouth, NS, the Capital District Islanders lost 3-2 in the final – their only loss in the tournament – to the Yarmouth Gateways to claim the silver medal at the 2019 Baseball Canada National 13U Atlantic Championships. This capped off an impressive two-year run for Capital District at this event, after winning gold in 2018. Meanwhile, the Summerside Chevys went 3-0 in the round-robin but lost to Yarmouth in the semifinals and to the Dartmouth Arrows in the bronze medal game to finish fourth. Yasu Hojo of Capital District was awarded the top hitter of the tournament.

For more information on this Baseball Canada event, please go to https://baseball.ca/?fd=champ&pg=home&evt=13uatlantic.

In Fredericton, NB, the Mid-Isle Cougars walked it off in the bottom of the eighth inning against Tri-County (NS) by a score of 5-4 to win the 2019 Baseball Atlantic 11U “AAA” Championships. Mid-Isle went 3-1 in the round-robin (with their only loss to the host Fredericton) and advanced to the final. The Atlantic crown at the 11U “AAA” division capped off a great season for this club, led by head coach Scott Ellsworth.

Here are how the other Island teams at other Baseball Atlantic Championships this past weekend faired:

For more information, check out http://www.baseballatlantic.ca/2018-schedules/.

Combined with the gold and silver medals at the Baseball Atlantic 18U “AA” Championships in Summerside, PE on the Labour Day weekend, PEI teams won four medals at eight Atlantic Championships.

The 2019 BIGS Seeds Baseball Canada Cup included a lot of ups-and-downs for the PEI Youth Selects, and in the end, they finished 8th with a 3-3 record.

The tournament did not start off for the Youth Selects as they would have hoped, as they lost 11-1 to New Brunswick on Wednesday. On Thursday, 8 they went 1-1 on the day, defeating Newfoundland and Labrador 16-9 in the morning and losing to Manitoba 7-2 in the afternoon. However, on Friday and Saturday, they rebounded to defeat Alberta 10-7 and then eventual Baseball Canada Cup champion Nova Scotia in a thrilling 3-1 game (it was the only loss Nova Scotia had all tournament). Going into the 7/8 placement game with a 3-2 record, they faced New Brunswick again, and despite going into the seventh inning with the lead, New Brunswick tied in the seventh inning and won 10-9 in extra innings. As a result, the Youth Selects finished with a .500 record and in 8th place.

While the PEI Youth Selects defence struggled at times during the Baseball Canada Cup, they had some great pitching performances from the likes of Jack MacKenzie (3 games, 9.1 innings, 1-0 record, 9 strikeouts, 2.25 ERA) and Ben MacDougall (0-1 with 6 innings pitched in a complete game, allowing no earned runs for an ERA of 0). Offensively, the Youth Selects did very well, hitting for a very impressive team batting average of .303 – with an on-base percentage of .413 – over the six games. MacKenzie led the team in RBI with six and batted .385 and MacDougall hit .353 and led the team with nine runs scored. Duncan Picketts also hit .353 with an OBP of .400, while Chase Gaudette was very effective from the leadoff spot, hitting .333 with an OBP of .565 (earning seven walks in six games).

Several of the Selects players will be travelling to London, ON to take part in the 2019 Baseball Canada National 18U Championships with the PEI 18U All-Stars this week.

Team statistics for the PEI Youth Selects at the 2019 BIGS Seeds Baseball Canada Cup can be found here: https://gc.com/t/summer-2019/b-prince-edward-island-5cfeb9bf56b86e0022f67ea6/stats.